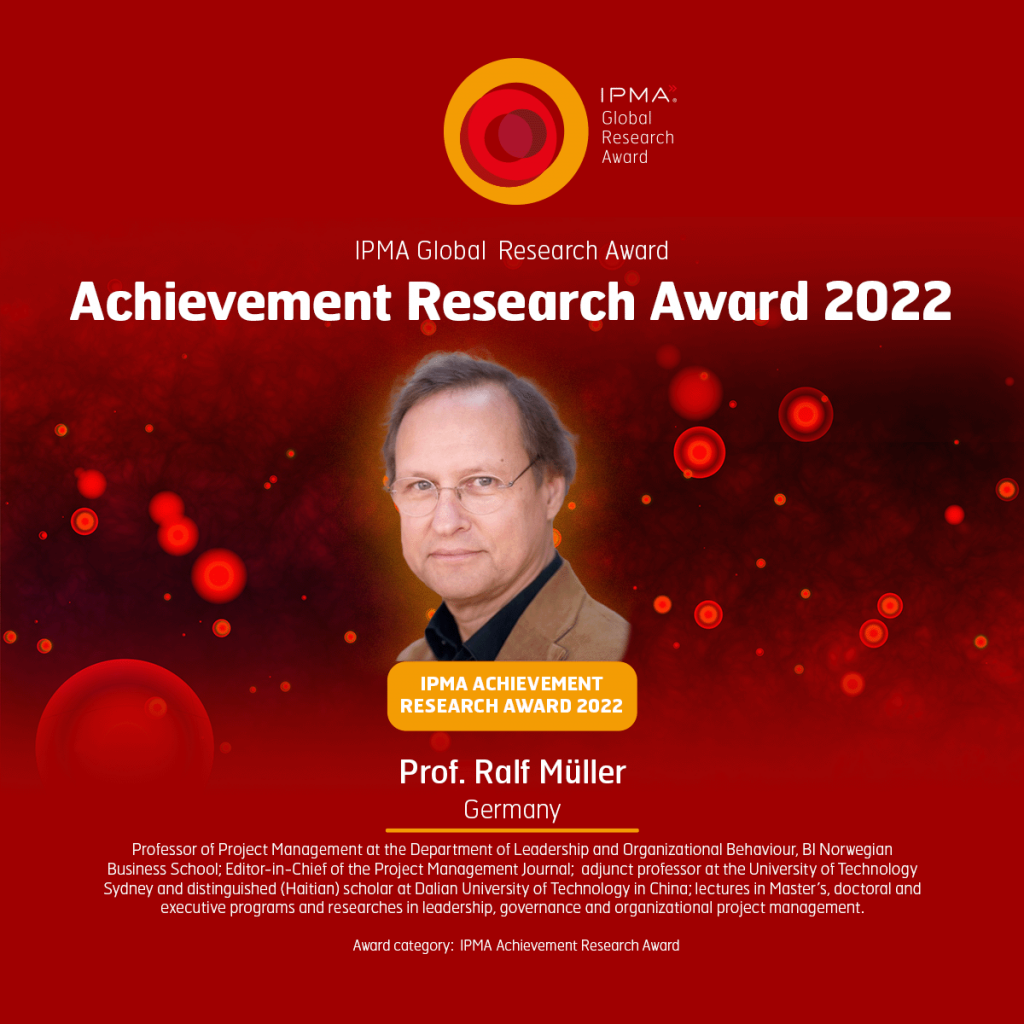 Prof. Ralf Müller, DBA, MBA, is Professor of Project Management at BI Norwegian Business School, Adjunct Professor at University of Technology Sydney, and at Dalian University of Technology in China. He is Editor-in-Chief of the Project Management Journal and a Fellow of both the Project Management Institute (PMI), and the Centre for Excellence in Project Management. Ralf Müller lectures and researches worldwide in leadership, governance, and organizational project management. His research, concepts, and theories appeared in almost 300 academic publications and was acknowledged by IPMA, PMI, Emerald and others with many awards, including several lifetime achievement awards. A recent study by Stanford University identified him as among of the top 2% of the most influential scientists worldwide. Before joining academia, he spent 30 years in the industry consulting with large enterprises and governments in more than 50 different countries for better project management and governance. Projects he worked on span from small up to USD 5 billion in value. He also held related line management positions, such as the Worldwide Director of Project Management at NCR Corporation.

18.01.2021
Nominate your student to the prestigious IPMA Graduate Research Award

IPMA is a federation of more than 70 Member Associations. IPMA has associations in Europe to Asia, Africa, the Middle East, Australia, and North and South America.
Go to Website

Subscribe to the IPMA Global Awards newsletter for more information on the application date, webinars or training.

Decide which cookies you want to allow. You can change these settings at any time. However, this can result in some functions no longer being available. For information on deleting the cookies, please consult your browser’s help function.

Save
Cookies to make this site work properly, we sometimes place small data files called cookies on your device. Most big websites do this too.
Read more